Visual Art for Personal Use, Ads, Social Media, and Publishing 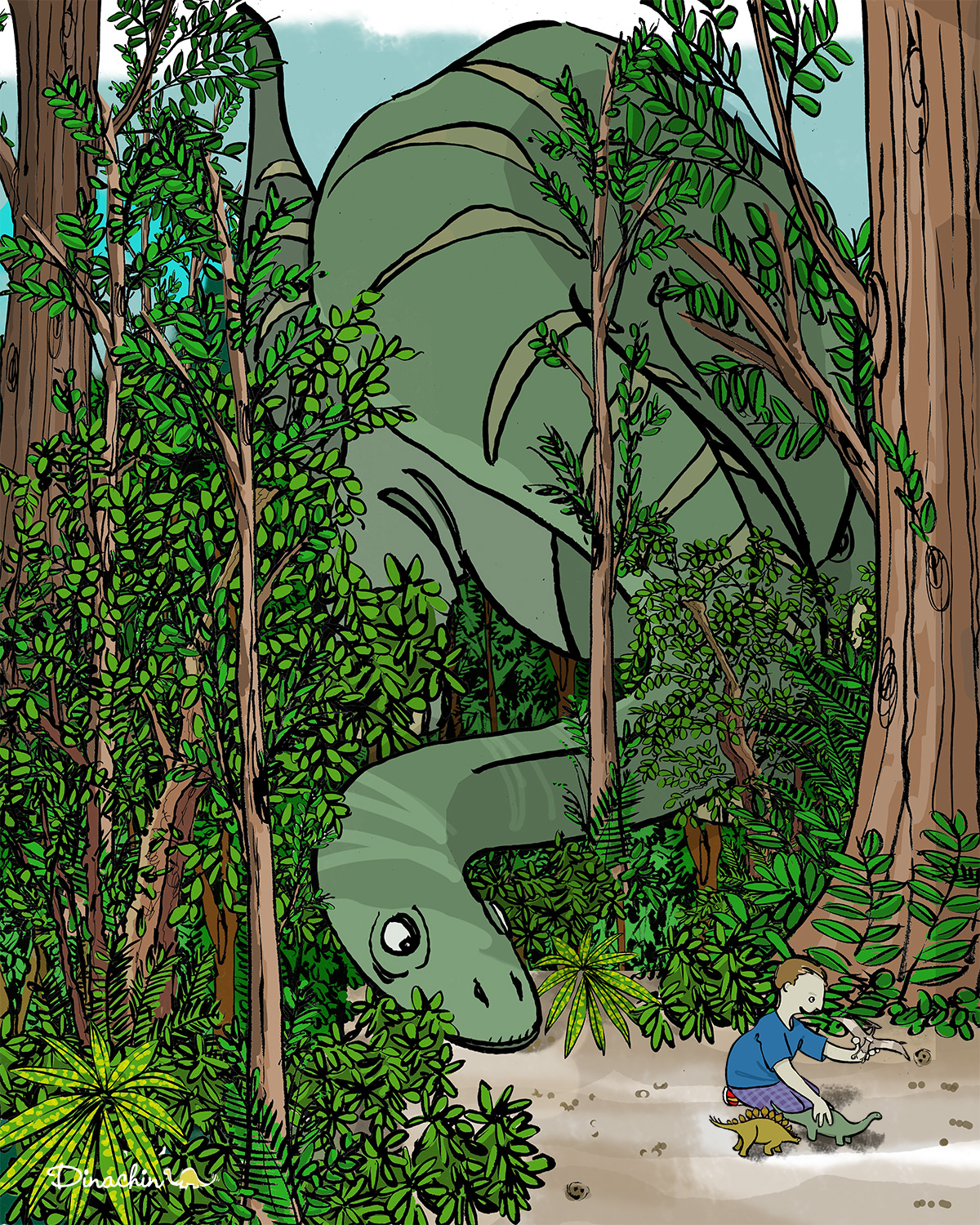 Just saying, but what would a real dinosaur think if it came upon a kid in the woods playing with a miniature plastic version of itself?

I completed a series of dinosaur scenes for my grandchildren. They're fun to do and take a great deal of time to draw and colorize. I'm not sure the kids understand that their granddad was the artist [they're very young], but they have a lot of dinosaur questions when they see the art. 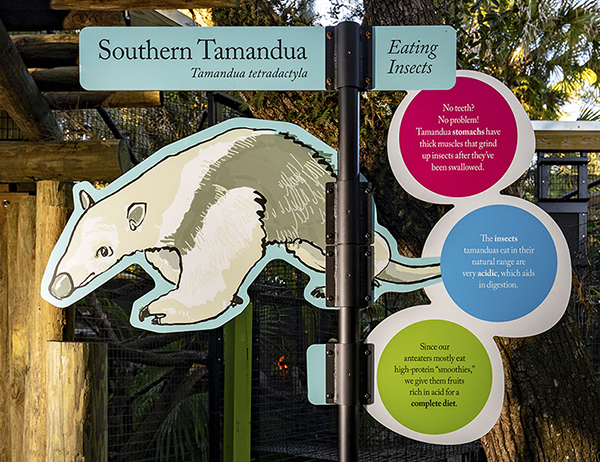 This project was interesting and exciting. I created 18 illustrations for the new Brevard Zoo Tropical Rainforest exhibit.
In addition to the art, I also asked for their OK to design the bubble shapes, colors, and descriptions, donor recognition, and the modular mechanical sign system itself.

We agreed before I started the assignment that I wasn't creating exact representations of the animals. Afterall, visitors could see the actual animal a few feet away and there were a handful of good photographers shooting almost everyday. These were intended to be gestural and interpretive.

I've admired this classic Wellfleet, Mass. harborside vacation house for years. Framed, matted art would be perfect over their mantle. 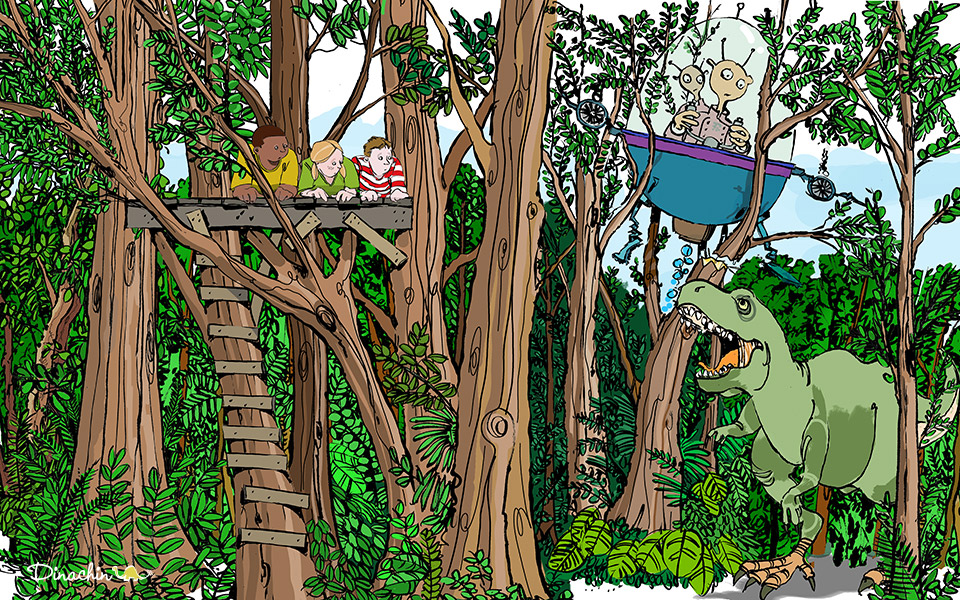 What more excitement would a child want in his own backyard than a tree fort, shocked spacelings trapped in a tree, and an angry, marauding T-rex looking for a meal? The perfect trifecta it seemed to me. 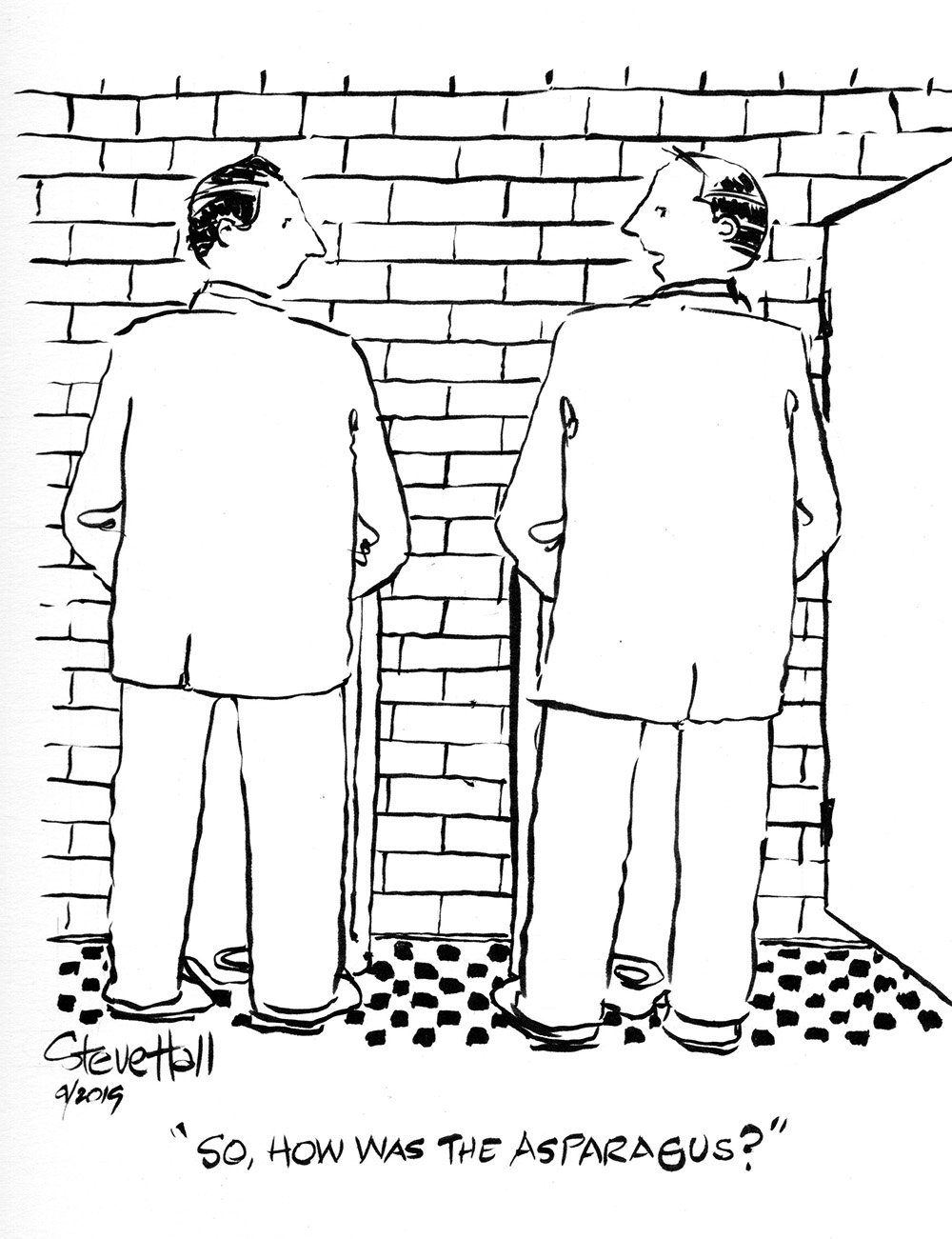 A friend of mine threw out the idea for this New Yorker style cartoon and I drew it up. Very funny, I think.
I sent it to the New Yorker and didn't hear a word back. I guess this level of bathroom humor falls outside their cheeky cartoon vocabulary. I've done their cartoon caption contest on a number of occasions. There are obviously people out there with funnier and droller cartoon caption minds than mine. 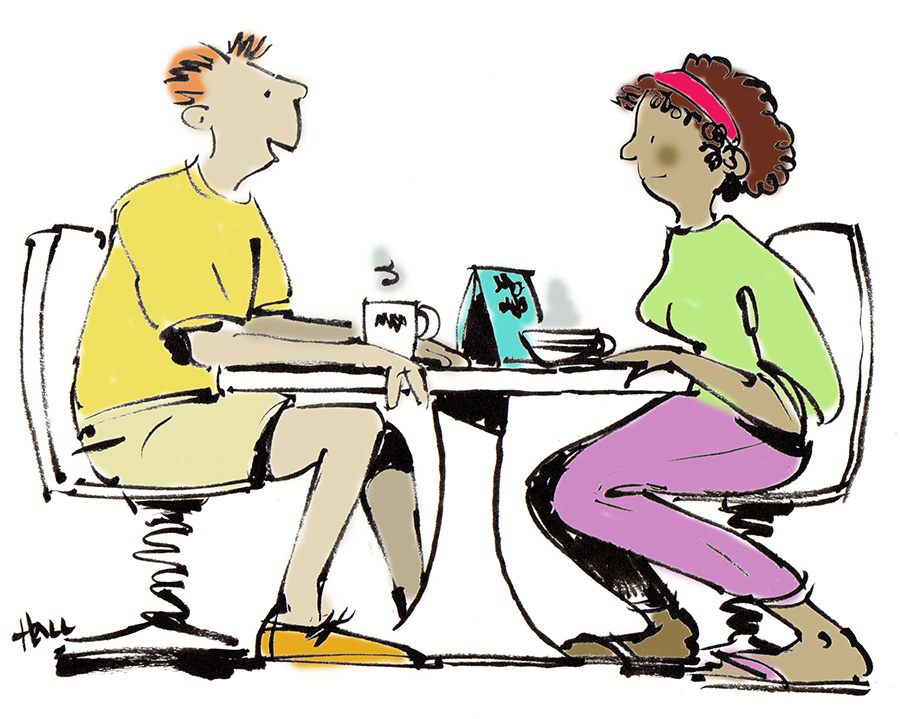 Illustration for use in social media, print, and client presentation. I suppose they'd need Covid masks and a sheet of plastic between them these days.
This drawing, for me, is the reason cartoon art is so interesting and valuable. As I recall, the young man's face is 2 lines and the young woman's face is three. His hair is four squiggles. The gal's hair is a bunch of loopy curls. Their eye are simple dots. Despite the simplicity, their expression is easy to understand and uncomplicated. I can't put words in their mouths, but can imagine what they might be saying to each other. 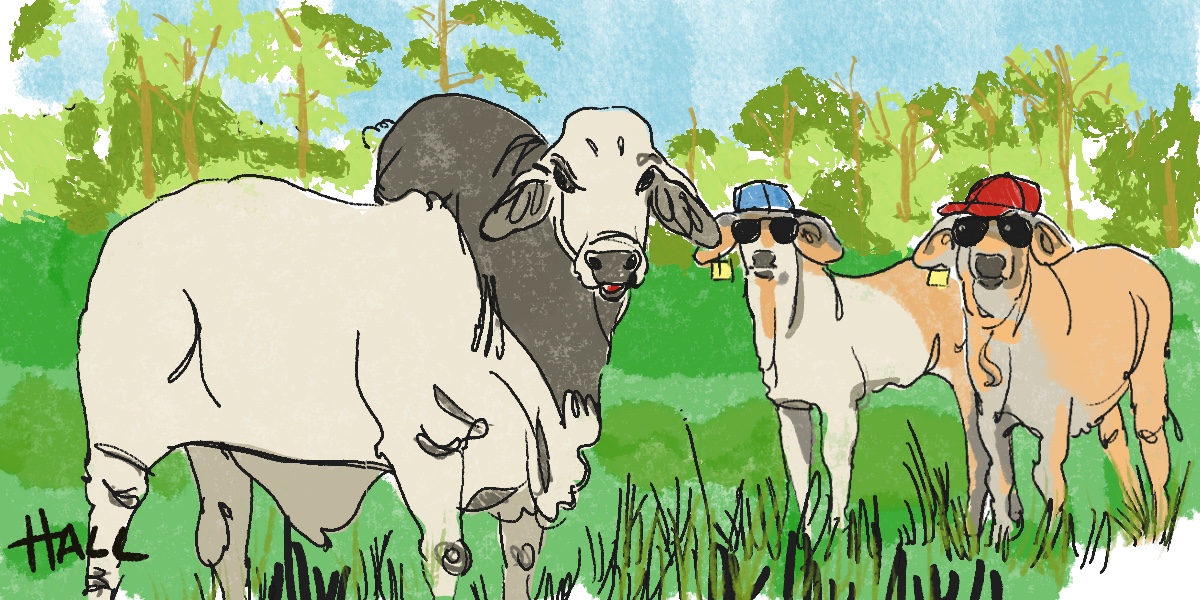 A bull and his calves for a county tourism blog about Brevard County places and things to do that visitors might never think about.

After Al Neuharth's Pumpkin Center on Cocoa Beach burned to the ground in 2016 (he passed in 2013), I sketched this comment on how the newspaper business has changed from print to the Internet.
The newspaper rejected the art, saying it was disrespectful to Neuharth's memory. But I thought it was a perfect reflection of the passing of print and how different generations are dealing with media, whether printed or digital.

What do sharks think about during shark week?
This is one of my favorite editorial cartoons. Fun and slightly evil at the same time. 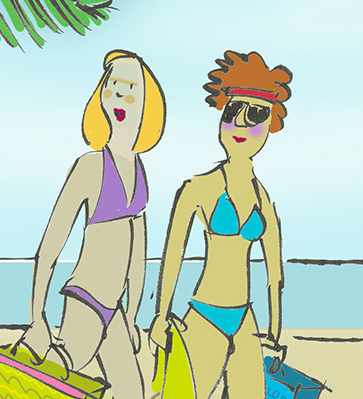 This is a detail of an illustration I did for hurricanes on the Space Coast. These gals were walking by a TV weatherman pretending that the storm was just off shore. He had a fan blowing his hair. The line work for these women is simple and expressive. They didn't stop to gawk, they just walked by and didn't give the scene much thought other than the general bewilderment most of us experience during the excessive coverage of tropical storms and hurricanes.

Menu art for my brother's Cape Cod seafood restaurant on South Wellfleet's Rte 6.
Boiled lobsters aren't hard to draw since they don't move much. The white dots on his eyeballs suggest that he's looking at you.

Ad art from the flip phone era.
OK, OK, this is pre-smart phone ad art, but it's still fun and expressive.

Just pondering, in black line. I'm a fan of line art and then coloring inside the lines (thank you Mrs. Anderson from my first grade class in Elkhart, Indiana]. I've done one or two oil portraits, but adding color without the benefit of a dark holding lines throws me off.